I was at Readercon in July when they awarded Frank M. Robinson their Cordwainer Award with the intention of reviving interest in writers whose work may have fallen out of view but deserved to be remembered. A kind of signal boosting, and a very good idea.

Frank was a great friend and mentor of mine who wrote his memoir, Not So Good A Gay Man, addressed to me. Yes, crazy, huh? Read the afterward that I wrote and you’ll understand why. There was a panel on Frank’s life and work as dictated by the Cordwainer Award, delivered by Graham Slight and Robert Kilheffer. It was fairly well attended. I do wish that I’d been on that panel as I could have contributed a bit more than I did from the audience when they opened it up. I offered to chat with anyone about him, but no one took me up on it afterwards.
Obviously, all that brought up lots of emotions for me, and I was pretty quiet and aloof for the rest of the conference. I was thankful that my husband was there with me, and that there were friends and family in the Boston area.

By the way, next year’s honoree will be Carol Emshwiller. I had the good fortune of having my novelette, In The Space Of Nine Lives, appear in the same January 2006 issue of Asimov’s along with her short story, The World Of No Return. It was lovely to meet her later that year at a conference.

This site uses Akismet to reduce spam. Learn how your comment data is processed.

Podcast Review – two episodes, one with the author. That’s me! 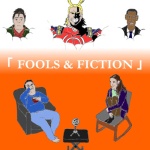 Cover image for Remote Control - a US border control story

In The Space of Nine Lives 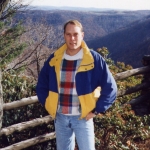